This sculpture began from an inspiration of something new. I chose an onyx stone which had some intricate veining. As I began carving it I saw the potential for movement with the veins of the stone.

As the process continued, the movement was captured in the final process. The birth of another sculpture was complete. 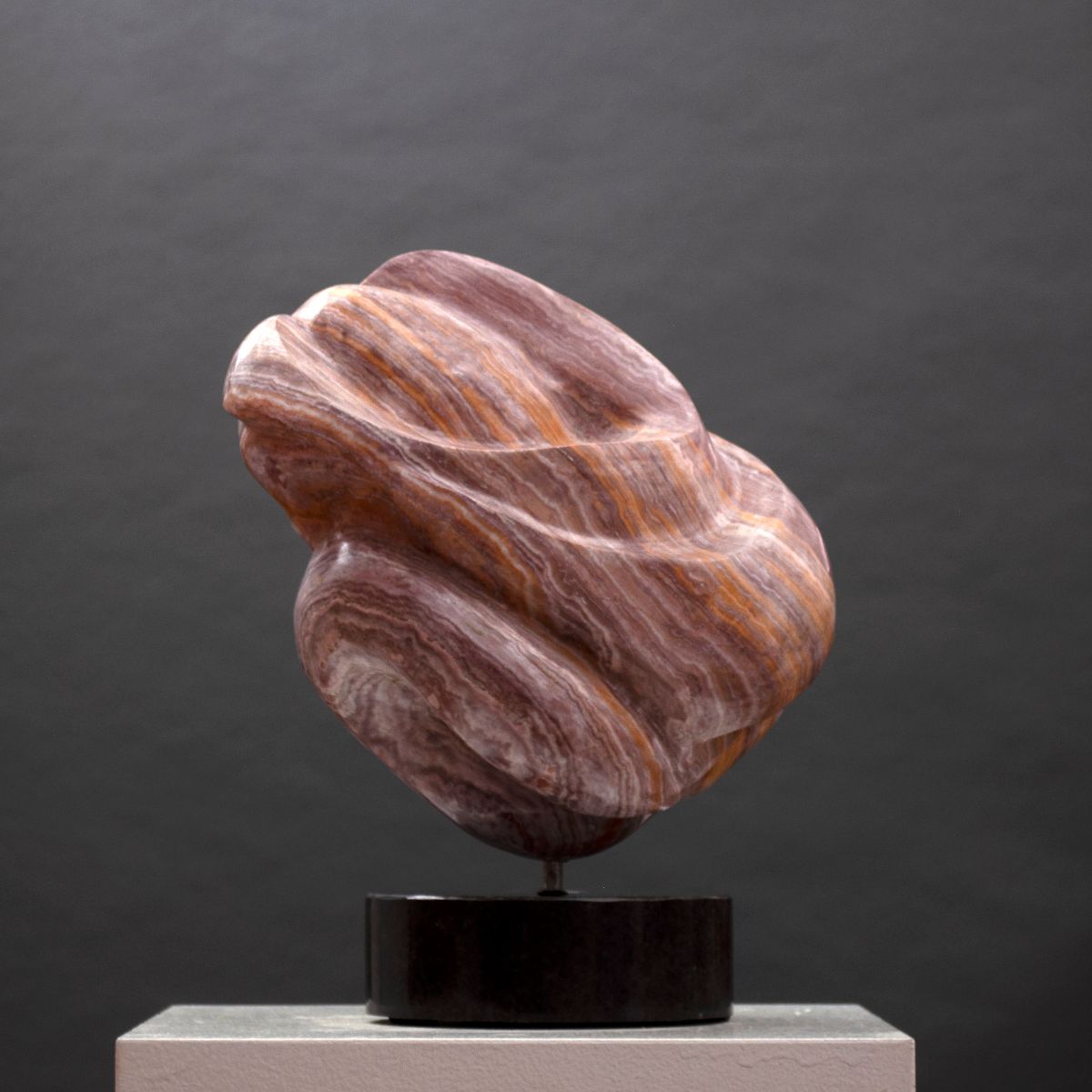